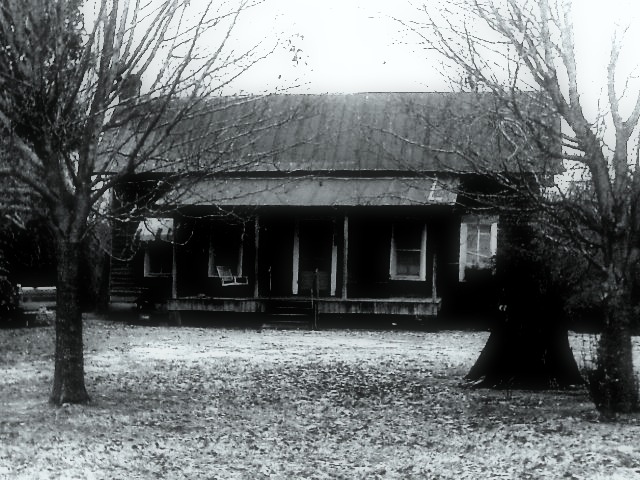 Once, I read a book called “House Of Leaves” and it was easily one of the scariest things I’d ever read.

I’m currently working through The Dionaea House, and it’s the kind of weird house story I absolutely love. It has active links and uses ideas people have tried many, many times to replicate only to come off obvious. A story – a mythology – like this can’t be forced; it has to grow organically and the creator can’t be suckered in in by what he or she thinks is his or her own cleverness. I once had a friend that was trying to do something similar and would get so frustrated that no one was supporting him or what he was trying to do, meaning no one was spreading the word about his inorganic hoax told through fake newspaper clippings and websites. You can’t force a modern mythology on a media savvy audience.

When @marblehornets began, the YouTube videos and Twitter were more than enough to sustain the story. I eagerly looked forward to every Entry and then gleefully dreaded watching because the individual pieces as well as the whole myth just hit me in all of the right places. At some point, someone popped up that thank everyone for the interest in their story and hopefully they’d be back for another Season! There’s nothing worse than having the light turned on just as the movie is getting good, and I suspect there must have been a backlash because I can’t find the reveal  anywhere (or it was a hack) and the story continues, with the most recent video going up on Pi Day.  For those looking to catch up, here’s the Suggested Order of Marble Hornets (Ongoing Slender Man story told through tweets and videos, as well as a Comprehensive Timeline to catch what you may have missed the first time around.

Back to The Dionaea House: in reading comments, I see a lot of comparisons to “House of Leaves”, but it’s really not the same. Ten years later, the story of Eric and Mark, and Cam is still out there and it’s still creepy.

Read the story, follow the links (still active), and come back and tell me what you think.

Am I missing other well-done internet-based mythologies?

It gives me ideas.