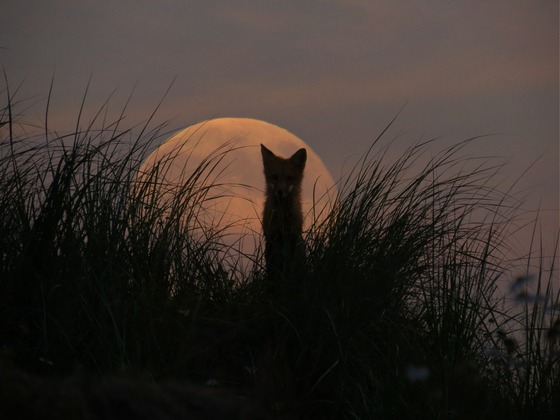 “We call him the Chicken Man and we can’t catch him.”

This is how Urban Legends that end with campers getting murdered start.  Except this is a grocery store and we don’t get a lot of murders in either Madison Heights or Royal Oak.

I do my shopping at my local grocers and I prefer the little local chain to the big national chain, because Doug can talk baseball with the meat clerks while I get some unfettered, productive shopping done. It used to be a Farmer Jack, and now it’s not and the workers are friendlier and the meat is better and they have a coffee grinder. My needs are simple and I am happy with the current arrangement.

In the beer aisle that day, D was looking for Henry Weinhard’s Private Reserve. Some places carry it but  only when he’s not in the mood for beer. We were looking hard for it in the cooler, because it was exactly what  he wanted, however on the second shelf between the domestics and the crafts beers what we found was a denuded fried chicken wing.  A little further down, there was a naked drummie, and then a whole pile of bones a few cases down. Doug pulled a face and I was mildly outraged. I say mildly because while it’s gross, as I get older I am less and less surprised at how disgusting people are. Besides, it gave me a chance to tattle.

He lost his taste for beer and I wandered to the end of the aisle to the hard booze counter to inform a few worker bees (a guy and a gal) that someone left the remains of their picnic lunch by the beer. The guy muttered some swears under his breath and took off for the beer aisle as if he might still catch the guy.

The gal thanked me for telling them and then leaned in with a look of quiet but fierce determination.

“We call him the Chicken Man and we can’t catch him.”

I felt the corner of my mouth twitch, but instead of giggling, I opened my eyes wider and said, “reeeee-aly” as if it were the juiciest gossip I had ever heard. On that day it probably was.

“Yeah, he comes in maybe twice a week. We never see him, we just find the bones.” Taken out of context, or uttered during a police investigation, or with a flashlight under your chin, that could be the scariest sentence known to man. In a grocery store, it’s merely theft and she seemed very put off.

I, on the other hand, became less grossed out and way more interested. I declined to ask more questions because everyone knows that people who insert themselves into investigations are usually the perpetrators trying to squeeze out what the authorities know to remain one step ahead, so everything from here on out in this post is wild conjecture.

As far as you know.

There is a Mystery Man who orders chicken from the Hot Food Counter, makes his way around the market from the Deli, past Seafood, through Produce, just skirting Wine to end up in the beer aisle, first with a container of fried chicken, then with just bones. He leaves them as either tribute to the fryer gods or as a means of eluding forensic detection. Time of theft cannot be gleaned from cold chicken bones (again, everyone knows that). The deed being done, he slips away leaving parched patrons to discover his grisly tableau.

This makes me wonder a few things:

I’m calling the Chicken Man a he for reasons that are probably entirely sexist, but I believe that like female serial killers, women that leave gnawed bones lying around in beer cases are probably very rare.

Granted this isn’t the Grey Lady of Willard Library or even William or Chloe of Myrtles Plantation, but when you shop for groceries on the eastern edge of Oakland County, you can’t be picky about your local mysteries.

There is a house on the corner of my street that looks abandoned, but the property owner drives by a few times a week to make sure no one has burned it down.  He may even be pretending to work on it, I dunno, but the house is dilapidated, kinda spooky and very foreboding. Are there bodies inside? I’m too scared to peek in the windows to confirm.

There used to be a statue of a naked woman bathing in a bird bath in front of a beautiful house on Main Street and I used to think classy mythology-loving people lived there. She would gracefully moon Main Street no matter the weather and once I thought about knitting her a hat. Were there recitations of the Iliad by moonlight right before the virgin sacrifices in the house of the naked bather? I’d always intended to knock and be nosy, but then a drunk driver knocked the statue down last fall and now all I do is mourn her smashing  when I jog by the empty concrete spot where she used to stand.

On the corner at the end of my block, a social club sits nestled at the back of a dry cleaners.  I never see anyone there so I assume it’s a front to launder money. I don’t know what a social club is, but if I join, will they give me a loan?

Back to the Chicken Man because he’s still the most interesting thing we’ve got going on. Royal Oak is not known for its deep intellectual conundrums. Personally I hope they don’t catch him. Some mysteries aren’t meant to be solved, and while I’d never steal and eat a whole anything in a grocery store, part of me roots for the ballsy chicken thief. I hope he keeps the wishbones and on new moons makes impossible wishes.

There’s a story in that.

2 thoughts on “The Chicken Man of Madison Heights”