For the second year in a row, Berkley VFW Post 9222 has agreed to be the staging point for the final ceremony. a frenzy of power will be raised, culminating at midnight when the Auction will be unleashed!

It’s time for the annual Great Lakes Association of Horror Writers Monster Mash for Literacy Bash! Gather for the annual fundraiser that makes the nuns uncharacteristically giddy (or apprehensive, we can’t tell which because it’s dark). Dance, drink responsibly, and rub elbows with the coolest High Priest and Priestess of Horror. 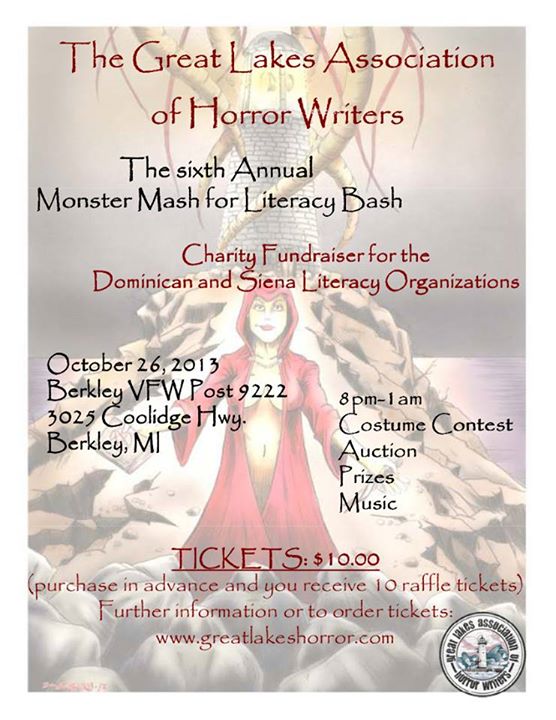 AND MUCH MUCH MORE!

Rumor has it there will be an item where the winner will have his or her name used exclusively as a character in an upcoming anthology – Your name as the hero, villian, victim or monster! Awesome!