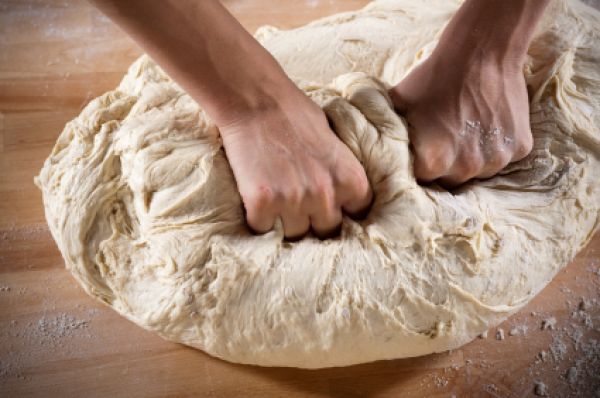 I had my first mammogram Saturday. I’ll be 44 next month and my doctor decided it was time to have each boob indivually squeezed for lumps and parasitic twins. I only know mammograms from horror stories told by friends and older acquaintances. It didn’t sound pleasant and I was looking forward to avoiding it for another few years. I did my research on what to expect and came to the conclusion it wouldn’t be so bad. After all, I have a tattoo down my spine and that took nine hours. This would take 10 minutes tops, and for the majority of that I’d be standing around waiting for adjustments and paperwork. I would be fine, I told myself.

So almost two weeks later, I made my appointment for the following month. I was fine with whatever day they picked, so long as it was on a weekend. I hung up with the receptionist and entered it into my calendar. In jotting down the address I re-read the line about scheduling it after my period and it dawned on me.

Saturday, 3 days before my next period with boobs like casaba melons I arrive warly. I’m already uncomfortable but I’ll live. I slip into my gown and I can’t remember if the nurse told me to put it on backwards with the opening in the front, but that’s what I do because it makes the most sense. There’s no one to ask, so like every other crappy thing that’s happened this week, I let it go and resolved to just deal with it. The futility of tying  the gown closed not stopping me from making an unreasonable effort.

I filled out yet another family history form and then paced the waiting room. I was the only one in there so it was mostly aimless roaming. There was no coffee made or water station, but there was a bowl of wrapped saltines.

I’ve recently recognized I’m a stress eater, and I know that if left to my own devices for longer than a minute, I would have just crammed extra crackers into spare gowns and slipped out a back door. I’m sure there was a good reason for a bowl of saltines by the coffee machine, and I also knew they were not for me, but I helped myself anyway. I pop the first cracker in my mouth and it’s dry and crunchy and I swallow it down the best I can. I’d just put the second one into my when the Tech called my name...

I know. I’m 43 and simple adulting in a waiting room is especially hard today.

The Boob Wrangler tech was friendly and expressive and she walked me through the whole process. She understands a lot of women have issues with or are afraid of traditional mammograms and she wanted me to be comfortable. I can appreciate that but it didn’t alleviate the fact that it was chilly in radiology and if she wasn’t careful she was going to lose an eye.

We get started, which was mostly her adjusting the height of the machine and then molding my breasts to lay just right. Good luck, lady. I do that every morning and I can never get them to sit up straight.

She took a total of five pictures – one each horizontal and three vertical, one with the cooperative right, and two with the squirmy left. The top-down was more comfortable than the side to side. I hope that m eans that when I’m 80, I won’t have the pleasure of just rolling up my boobs like tube socks before tucking them into my pants pockets.

This woman has a job squeezing breasts between glass plates all day. Not an easy job, but she was light and professional. Despite trying to having to wrangle two uncoorperative sweater puppies. I don’t mind telling you thougj, I’m still a little sore. I blame the rib meat that was giving her trouble.

Why am I telling you this? Because it’s my blog and I can do what I want. I miss telling stories and if I have to start with breast health and my trip to Radiology, then that’s where I start. We don’t pick the starting points of our journeys, we just find suddenly ourselves walking.

What else have I been doing?

I’m still a reviewer for Film Obsession, and this week alone I’ve put words down for The Girl In The Cornfield and written about a new Detroit/Toledo OTA station, called Comet TV, specializing in classic sci-fi, horror and exclusive content. There’s a giveaway, and you’ll want to check that out. I’ll have a mini review of Shut In (2016), I Am The Pretty Thing In The House (2016), as well as a recap of Fox’s The Exorcist (FOX).  If you’re interested in any of my other reviews, this link will help you find them all.

So when people ask me how I’m doing, I can say I’m staying busy. In light of recent events, it’s the best I can do.