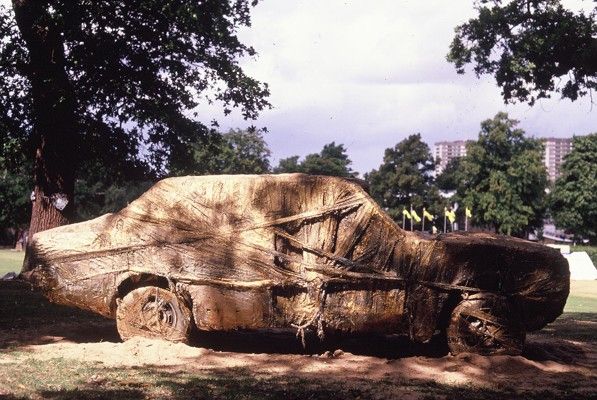 Several (I heard 6) years, people. She’s been dead for many years and no one knew she was there, dead in her car, mold taking over like a shameless squatter.

I think it went down like this: Chickie was a frequent business traveler and prone to being in the air more often than when she was home. *Something* happened, and we’ll know when the medical examiner releases the results of her autopsy, and she died, later to be found in her car. because she was infrequently home, the smart business woman would set up automatic accounts to pay her bills – electric, mortgage, etc. The heat was not on, but is she died in a warm season, it wouldn’t have been turned on. No one leaves their furnace running in the summer.  The house is now going into foreclosure because the money ran out – banks account are dried up and there’s nothing to pay the house note with.

It makes me wonder though, who did she work for, and why did no one at her “company” send the police over for a welfare check? Who goes missing from a company and no one notices?

What did she do for a living? Why did no one notice the snow and leaves piling up? The mind wobbles at the very possibilities of that tableau. The black mold in the house caused a HAZMAT condition – I wish I could check that scene out.

I’ll be keeping an eye on this one. I don’t think the sad backstory is as interesting as what’s in my head, but I still need to know.

“We’re not saying a name because we don’t know, but we’re looking like since she’s been there since 2008 or thereabouts, the body is frozen, mummified,” Oakland County Sheriff Mike Bouchard said.

According to police, the electricity was still on in the house, but there was no heat. The home also has a large amount what appears to be black mold, police said.

“The home is in a HAZMAT condition,” Bouchard said.

Detectives are expected to go inside the house on Thursday, with proper hazardous material suits provided by the Waterford Township Regional Fire Department, to look for any evidence.

The Oakland County Sheriff’s Department is investigating the circumstances behind the woman’s death. An autopsy performed Thursday morning didn’t reveal any signs of trauma, police said, and a cause of death is pending.

Police are still trying to identify the woman, who they believe is 49 years old. Neighbors described the woman as a German immigrant who likely didn’t have any relatives in the area.

Neighbors told police the woman generally kept to herself and traveled frequently as an auto employee, often for weeks at a time, so no one thought anything of her absence. Some said it was probably six years since they last saw the woman, while others just assumed she had moved.

What do you think happened? I’d love to hear your theories.

4 thoughts on “Since You’ve Been Gone, I Can Breathe For The First Time”