I heard the news from Chesya Burke this afternoon on FB and by then it had spread through most of the literary world. 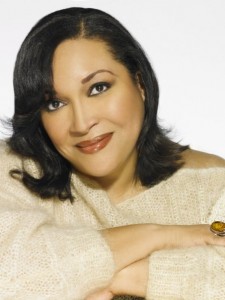 Leslie Esdaile Banks, aka LA Banks, Leslie E Banks, Leslie Esdaile has gone to her reward after a brief but valiant struggle with adrenal cancer. Her last post on her blog was in March (refined and reposted in April, reminding gentle would-be authors that no one has time to walk the novice who can’t or won’t try to through the complicated labyrinth of the publishing process. She sounded like she would have been my kind of author, but our paths never quite crossed.

We both appeared on panels at CONvergence 2010, and were due to appear on a panel together (Women and Minorities in Genre Fiction), but she was the lucky one and it conflicted with her schedule. It would have been interesting to see how she dealt with the More Educated Than Thou panelist, but I think Dana and I held out own pretty well.

I’m not a fan of some of the genres she wrote – romance, paranormal romance, urban – but I admire the hell out of anyone that can squeeze a legitimate publishing contract out of a Traditional House.

This past June, it was announced she was battling late-stage adrenal cancer, and a benefit was scheduled for later this week to help with epenses. In light of her passing, the benefit will still be held at Smokey Joe’s, hosted by the Liar Club of Philly on August 6, 2011.  If you’re in the area please grab a ticket and stop by for a drink in her honor. If you can’t make it, won’t you please consider making a donation to assist her family in her final costs. Being published doesn’t automatically come with health insurance and cushy benefits.

We’ve lost a great storyteller, and one of Color at that. She will  be missed by her fans, her friends, and her family. Funeral services are pending.